The intensive one week professional development course is designed to assist career progression and begins on 23 January 2017.

The week will centre around a case study on which all participants will work. It is led by an experienced production accountant and will provide an introduction to aspects of the role including: Movie Magic Budgeting; insurance claim procedures and implications; employment (contracting) and ‘what if’ scenarios. 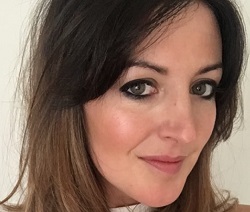 Pollyanna Gill, pictured right, winner of the 2016 Production Guild Spotlight Award, graduated from the Production Guild’s Assistant Production Accountants Training Scheme (APATS) in 2014. Since her training she has worked on high-profile projects such as the Brad Pitt-starrer Allied and is currently assistant accountant on a feature in pre-production.

Gill acknowledges the course has changed her career path for the better, and cites the following as necessary qualities for being a production accountant: “Good people, organisational and management skills are all really important and I think it really helps to be approachable and supportive of your colleagues.