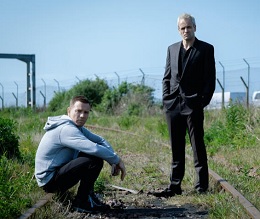 Film and TV production spending rose by nearly £7m in Scotland in 2015, according to new government figures.

Total production spending reached £52.7m, up from £45.8m in 2014. Figures have been occasionally erratic over the past decade but the 2015 number represents the third year of growth in a row.

“This proves that Scotland’s talent, crews, facilities and award-winning locations continue to be of huge attraction to major international productions.

“In the last year we have seen Sony Starz maintain their commitment to a large scale production base at Cumbernauld [for the historical romance Outlander], we welcomed Jason Connery’s feature film Tommy’s Honour, and it was great to see our wonderful capital city double for Victorian London in the landmark BBC series The Secret Agent.”

Other high-profile productions to have filmed in Scotland recently have included Justin Kurzel’s movie adaptation of Macbeth with Michael Fassbender and Marion Cotillard, and T2 Trainspotting (pictured), Danny Boyle’s long-awaited sequel to his own 1996 film set against the backdrop of Edinburgh’s drug culture.

“Together with the UK’s beneficial film and TV tax reliefs and the additional incentives provided by Scotland’s Production Growth Fund, we fully expect the 2016 figures to show a further and significant increase,” said Usher.

Going into 2017, much of the production industry conversation in Scotland is likely to focus on long-mooted plans for a major studio facility, which would help boost the country’s international appeal.