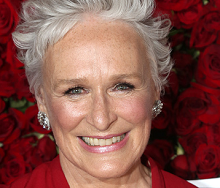 It’s a busy time of year for UK crew as end-of-year schedules reach completion. With the help of Production Intelligence we take a peek at some of the films that are wrapping up their UK shoots around now.

Features that have wrapped recently include Working Title’s period drama Victoria and Abdul starring Judi Dench and based at Twickenham Studios; Warp Films’ haunting tale Ghost Stories, filmed on location in Yorkshire and Toledo Productions’ The Children Act starring Emma Thompson and Stanley Tucci, which was based at Pinewood.

Due to finish up soon is The Wife, which completes filming this week. The project - an adaptation of Meg Wolitzer’s novel - has been shooting in Glasgow since late October and sees Christian Slater and Glenn Close starring as an esteemed American novelist and his wife. We first listed the project on PI in September, with a full round-up of HoDs, dates and location news.