For the last few months on The Knowledge, we have presented a round-up of feature films and scripted TV projects that have recently wrapped, or are about to, often with a peek at the locations used and some of the post-production companies involved.

This month is no exception, so here is the first part of the latest batch of just some of the productions that are heading for the edit suite soon, with the second tranche of highlights to follow in a couple of weeks.

Their Finest Hour and a Half

Bill Nighy, Gemma Arterton, Sam Claflin and Jack Huston are among the starry cast on Their Finest Hour and a Half who have been busy on locations including London, Swansea and Pembrokeshire's Freshwater West. Gabby Chiappe has adapted Lissa Evan's World War Two-set novel, with Lone Scherfig in the director's chair. From Number 9 Films, Wildgaze Films and the mighty BBC Films, post has been contracted as part of the deal with Pinewood Studios.

This one's got class written all over it, as Gillian Anderson and Hugh Bonneville star as Lord and Lady Mountbatten in Viceroy's House, Gurinder Chadha's big screen period drama set in India during the run up to partition in 1947. The main location for filming was Jodhpur (we covered it because quite a few UK HoDs were involved); shooting finished the last weekend of October. Post is being handled by the Viceroy's House set-up.

Two acclaimed screen actors have a great chance to display their acting chops in The Journey, as Timothy Spall takes on the role of firebrand Ian Paisley, with Colm Meaney portraying Martin McGuinness in this fictionalised tale of the pair's unlikely friendship. The Greenroom Entertainment feature, which has funding from Northern Ireland Screen, has been shooting in Belfast and Scotland with Nick Hamm at the helm. LipSync is in charge of post.

Because of space, we won’t go into detail on the returning TV shows that are crossing from production to post, but just so you have some idea of what’s coming up on the box, they include: Death in Paradise 5; Call the Midwife 5; Vera 6; Indian Summers 2; Mr Selfridge 4 and Midsomer Murders 18.

Of all the newbies, here are some that we think are showing glittering promise…

With US big hitter Fox 21 taking out a lease on the once defunct Dragon Studios in Wales, the hope is that Kurt Sutter’s bloody historical drama The Bastard Executioner will run and run. The chunky 10 x 60 for FX centres on a warrior knight during the reign of Edward II, even featuring an appearance by Ed Sheeran as Sir Cormac. All post-production has been handled in the US, with filming having finished at the end of October. 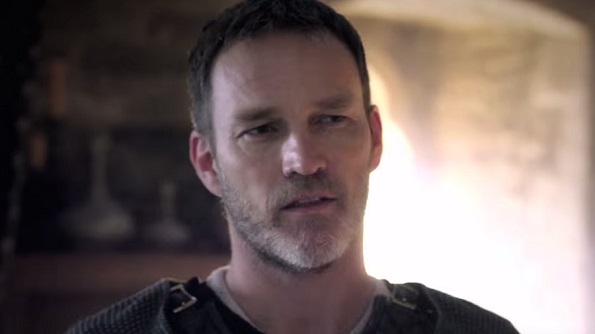 Late October also saw cameras being packed away on Jericho, a major new drama from ITV which we first detailed on PI back in March. The eight parter from ITV Studios is set in the Yorkshire Dales of the 1870s, and centres on the building of a railway viaduct and the shanty town, Jericho, that grew up around it. The series was filmed on location around Huddersfield, with The Look, Jumbuck and Lexhag on various post-production duties. Jessica Raine, Hans Matheson and Clarke Peters star.

Liverpool was among the locations for The Five, the first original TV drama from thriller writer Harlan Coben and BAFTA-winning Danny Brocklehurst. Filming having finished on 25 October, and Dock 10 in charge of post, the 10 x 60 is about a group of five friends united by a terrible incident. It comes from prolific drama shingle Red Production Company for Sky Living, and stars O.T. Fagbenle.

A new Tony Jordan drama is often a talking point, and Dickensian would appear to offer a great cast and a original twist on Dickens’ stories. Stephen Rea is among the actors portraying some of the novelist’s best-known figures, in a mash up whereby different characters from different novels all mingle together in unexpected scenarios. Filming ended mid-October.

A six-part adaptation of Nina Stibbe’s book has recently wrapped at See Saw Films. Helena Bonham Carter, Faye Marsay, Jason Watkins and Josh McGuire star in BBC One’s Love, Nina about a young woman who moves from Leicester to London to work as a nanny. The series filmed at various locations in London and at 3 Mills, with Encore currently working on post-production.

So there you have it. A lovely round-up of productions on both the big and small screen. And all on Production Intelligence.