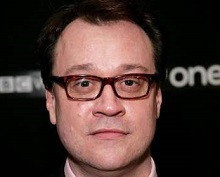 Every year at the Edinburgh International Television Festival there is a buzz surrounding exciting new commissions and programme development announcements.

This year is no exception, with a particular focal point of conversation being Russell T Davies' small screen adaptation of A Midsummer Night's Dream, confirmed by BBC One controller Charlotte Moore on stage at the festival on 26 August.Â

However, as Production Intelligence subscribers will know, we first got wind of BBC Cymru Wales' feature length adaptation of the classic Shakespeare comedy back in early July, when we listed the 90 minute standalone from the Doctor Who supremo.

The project is being developed by executive producers Brian Minchin and Faith Penhale with Nikki Wilson on producing duty. Filming takes place at Roath Lock Studios, Cardiff - we'll update with more details as and when on Production Intelligence, so make sure you're following the project. Â

There are currently over 80 TV dramas in development on Production Intelligence. If you'd like to know more about subscribing, click here to request a demo.