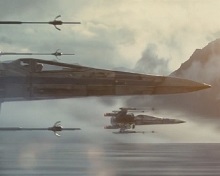 The UK's Film Tax Relief improvements that were announced earlier in the year have now received European State Aid approval.

The new enhancements mean that films of all budgets will now be eligible for a 25% rebate on UK qualifying expenditure. Before today's announcement the first Â£20m on higher budget films qualified for the 25% rebate with the remaining expenditure being at a rate of 20%.

The refinement of the film tax relief scheme will affect all projects that started production on or after 1 April 2015.

Adrian Wootton, chief executive of the British Film Commission and Film London, said: "This is great news for the film industry and for the wider UK economy. When you couple this with the UK's world-class talent, cutting-edge infrastructure and stunning locations you have a truly unbeatable offer, and one that creates thousands of UK jobs and generates billions for the country's economy.

"This most recent enhancement to the Film Tax Relief is real testament to the British Government's continued support for our screen industries - a commitment which the BFC and its partners share."

Major budget features currently filming in the UK including Rogue One: A Star Wars Story, Warner Bros.' Harry Potter spin-off, Fantastic Beasts and Where to Find Them and Beauty and the Beast all now qualify for the new incentive.