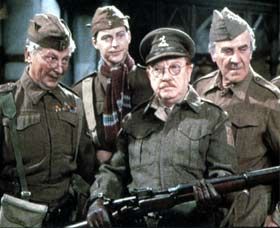 A one-off drama which traces the birth of one of the most popular comedies of all time, Dad's Army, is in the pipeline.

Making Dad's Army will take a nostalgic look at how the programme came about, and went on to run for nine series from 1968 to 1977 - the total run of 80 episodes regularly garnered audiences of around 18 million.

Writing team Jimmy Perry and David Croft were behind the BBC show, which centred on the British Home Guard in the fictional seaside town of Walmington-on-Sea, based on Perry's experience in the Local Defence Volunteers.

Currently in pre-production in Belfast, Making Dad's Army is from Darlow Smithson Productions, and is set to air this Christmas. For more on the drama including shoot dates, producer, location manager, casting director, production manager and production designer, head over to Production Intelligence.