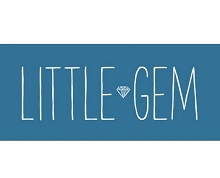 In the 3 x 60 minute series Never Seen a Doctor, Never Seen a Dentist, Katie Piper is set to unveil the hidden world of individuals who have neglected their physical well-being, usually for financial worry or in some cases fear.

Piper will explore the hefty price our bodies have to pay for not seeking medical maintenance to a physical problem, all the while witnessing the dramatic changes that take place in the show's chosen patients as they fix issues that have plagued them for years.

The next Little Gem show Crash Test Dieters - another 3 x 60 series - gives us a look into the world of dieting. Dr Xand Van Tulleken and dietician Hala El-Shafie help six dieters try numerous weight-loss regimes in order to hit their target weight for a special event. They hope to separate the myths from the truths in the popular activity of losing weight.

Both shows are executive produced by Ben Gale at Little Gem.

For Production Intelligence subscribers, we have more information on both series including details on the executive producers, producer and production managers on both projects.