Get Me To The Church in pre-production 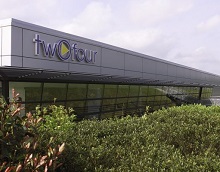 Twofour's Get Me To The Church is currently in pre-productionÂ for UKTV channel Watch.

The series entails a bride or groom and their friends going to a pre-wedding celebration, after which the wedding party must rush to the location of the ceremony to complete their nuptials in time. The show is another original concept from the shingle; they have recently produced multi-series show The Jump and the Educatingâ€¦ series.

The increase in factual commissions by the broadcaster is said to be a move aimed at strengthening their current objective of catering to a more female-based audience.

Shooting is set to begin in the summer with the production company currently locking down the casting on the featured couples to feature on the first series.

For further information on the production such as shoot dates and names of the executive producer, production co-ordinator and producer, head over to Production Intelligence.Â