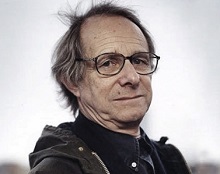 Sixteen Films are set to produce a documentary around famed auteur Ken Loach and some of the troubles he has encountered over the years in the filmmaking process.

Ken Loach: Untitled is to be helmed by UK director Louise Osmond. Her film Dark Horse won the audience award at this year's Sundance's World Cinema Documentary Competition, she has also directed popular docs Richard III: The King in the Car Park and Deep Water.

Osmond is in actual fact a replacement for Ken Loach's son Jim Loach, who decided to step away from the project for personal reasons. Sixteen Films confirmed that it will receive support on the film from BBC Films and possibly the BFI.

Nothing has been set in stone with regards to shooting but we will have more on Production Intelligence in the next couple of months.Â