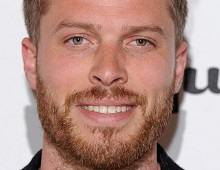 The show will follow one celebrity guest and two comedians joining each panel every episode. In a 'roast' format the comedians will have free reign over the celebrity's life, hijacking their social media accounts and openly bashing their public profiles. In an interesting twist however, the celebrity can make the embarrassment stop by saying their previously agreed safeword at any time. Â

Gary Chippington, head of entertainment at STV Productions, said: "We're thrilled to be working on a brand new comedy for ITV2. Rick, Katherine and David are huge talents, and we're all looking forward to roasting some of the nation's favourite stars."

On Production Intelligence there is much more information on the upcoming series. From Friday 12 June we have more precise shoot dates, the production manager, producer and executive producer listed on the website. Be sure to take a look.Â