Life of Dogs in development for Discovery Channel 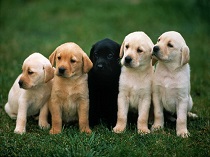 The series is set to be a mixture of traditional documentary analysis and storytelling. Life of Dogs will follow the species' natural history, looking at each breed and how they have developed a specific set of characteristics to aid them in living alongside human beings.

The show focuses on dogs at different stages of domestication for a complete overview of their development, from wild and worker dogs, domesticated pets and those released back into the wild.

The 5 x 60-minute show is produced by UK-based Plimsoll Productions with renowned natural history expert and filmmaker Dr. Martha Holmes at the helm.

For more information and insight on the show including details on the executive producers and series producer visit Production Intelligence.