The Knowledge is turning 30 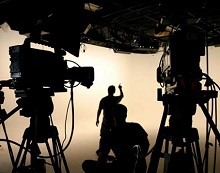 The Knowledge is approaching its 30th anniversary. For three decades it has been closely following the film, television and commercials industry and tried to be the most trusted and complete source for helping film and TV professionals identify suppliers, production services and partners in the UK.

First published as a print directory in 1986, The Knowledge has grown and grown, now having over 15,000 production services listed. The services offered to the industry include the most basic, such as production companies, equipment rental houses and gaffers, but also the more 'unusual', such as fake blood, hot air balloons and even a wolf trainer.

A lot has happened since Tina Devereux, Jules Field (Thompson) and Debbie Ellis started the Knowledge 30 years ago (remember the good old CD-ROM and The Book of Credits?), perhaps too much to mention. One fundamental and lasting change however that has taken place since 1986 the evolution of The Knowledge from 'just a print publication'.

In 1998 The Knowledge Online was launched, it was deemed as quite the achievement however even the team hadn't thought that all these contacts would - only a few years later - be within reach, via tablets and smartphones, essentially available everywhere to those shooting on location. And now it is time for our pearl anniversary, who knows how we will be publishing our information in 10 years from now? One thing is for sure though, the way the UK's production industry is growing, we certainly need more than just one book.
Â

The Knowledge will be publishing the 30th edition of the book at the end of May with updated production contacts. For any advertising queries please contact Sarah Keegan.

To get listed (a basic listing is free) please click here. If you are already listed then make sure your contact details are updated.
Â