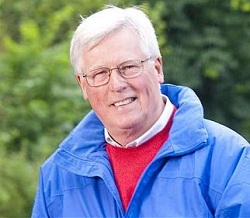 John Craven will present the new BBC Two game show Beat the Brain. The show will air in BBC's daytime block and comes from Objective Productions and Over The Top Productions.

Beat the Brain will test how contestants think, as opposed to what they know. Instead of questions, participants face visual puzzles, logic problems, memory challenges and a plethora of brain teasers structuredÂ to give them, and viewers, a mental workout.

Nigel Hall, managing director of Over The Top Productions, said: "I am really excited to be working with the legend that is John Craven, who has starred in so many landmark TV shows in his career. We were absolutely thrilled he chose Beat the Brain to be his next TV project."

This is the second commission for Simon Cowell-led indie production company Over the Top Productions after primetime ITV gameshow Keep It In The Family, fronted by Bradley Walsh. Beat the Brain is scheduled to air on BBC Two later in 2015.

For more information on the executive producers, series producers and shoot dates, head over to Production Intelligence.