Say goodbye to some TV programmes

Although there are severalÂ notable shows which have beenÂ recommissioned for further series, there are also plentyÂ that will not be returning to our screens next year. With the help of our online database Production Intelligence, we take a look at what we are leaving behind in 2014.

Original cult series Utopia will not be returning for a third series. The decision for the show not to return was seen as a huge surprise as the axing is occurring despite critical acclaim and a remake planned by House of Cards writer and Fight Club director, David Fincher, for HBO. The sci-fi drama debuted in January 2013 and concluded transmission as of summer 2014. Even though showrunner Dennis Kelly had planned a third and a fourth series, Channel 4 had prepared a slate of new shows that needed slots to air, plus the drooping ratings for Utopia didn't help their case for recommission. We do wonder if winning an Emmy left some people with a sense of wrong doing (indeedâ€¦we liked the series!)

Gordon Ramsay fronted show Kitchen Nightmares is also not to be recommissioned after a 123-episode run over the course of 10 years. The decision to call it quits on the series didn't come from any network but Ramsay himself. "I've had a phenomenal 10 years making 123 episodes, 12 seasons, shot across 2 continents, watched by tens of millions of people, and sold to over 150 countries," Ramsay wrote on his blog. "It's been a blast but it's time to call it a day." Fans of Chef Ramsay will still not see a shortage of the popular chef as Hell's Kitchen, the upcoming Hotel Hell, and the MasterChef and MasterChef Junior series are all set for transmission in 2015.
Â 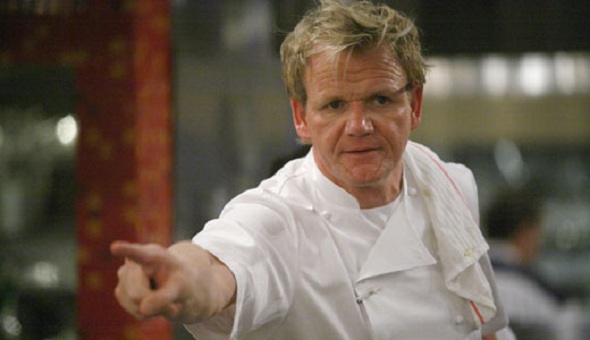 Other show that will not be returning is Law & Order UK, as ITV have decided to end it after eight seasons and 52 episodes. Ever since Law & Order UK first hit our screens in 2009 it had been received well by the public and critics alike, however the show has had several upsets over the last 18 months, which have contributed to the cancellation. It was confirmed that Paul Nicholls, Paterson Joseph and Bradley Walsh were all leaving the series. It may however be returning at some point in the future.

Streaming service Netflix have decided to end their original horror series Hemlock Grove after a third and final series in 2015. In a statement executive producer Eli Roth said: ""We are so grateful to the fans of Hemlock Grove who have championed the series so intensely over two seasons. We are looking forward to taking the last and final season into some dark and unexpected places, and to giving viewers the killer finale you'd come to expect from Hemlock Grove." At least with the knowledge up front we can look forward to an ending with "closure".

ITV has also cancelled Whitechapel, which will not be coming back for a fifth series. Lead actor Rupert Penry-Jones, who plays DI Joseph Chandler, broke the news via his Twitter account: "Sorry to be the bearer of bad news everyone but ITV don't want any more Whitechapel. That's all folks x." The news brings an end to a series in which Penry-Jones' obsessive compulsive DI Joseph Chandler and his sidekick DS Ray Miles played by Phil Davies sought to tame grisly crime in the rough streets of modern east London. Â

Finally, three part comedy drama, Ambassadors, will not be returning as a comedy, but may be reformatted as a drama instead. Independent production company Big Talk, which produces the show with That Mitchell and Webb Company is understood to be awaiting a de