Play Your Part - Creative Skillset calls out to media workforce 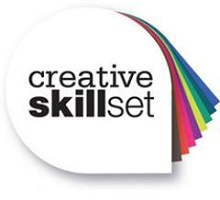 Those working in the Creative Industries in the UK are invited to share their opinions through the Creative Skillset Workforce Survey. The results will be used to ensure the the UK's creative industries get enough available funding for skills and training needs.

The survey will focus on TV, Radio, Film, Animation, VFX, Digital Media and Games and the results will help inform funding to develop skills and training programmes for those in the Creative Industries through initiatives such as the Skills Investment Funds (SIFs), which will total Â£22m when matched with industry funding in 2015.

The last Creative Skillset Workforce Survey was carried out in 2010, with over 3,000 people taking part. The results identified that barriers to career development were high, with 88% of the workforce experiencing obstacles to accessing training, and training fees being too high the main issue. In response, Creative Skillset has invested over Â£1.4m in individuals so that they could fund their chosen training.

In this new survey, which takes up just 15 minutes, employees and freelancers will be asked about their career development in the Creative Industries including entry routes, training needs and barriers to progression.Â

The questionnaire will remain available until Friday 21 November 2014. Anyone completing the survey will be eligible to enter the prize draw to win one of three IPAD Minis.Â

Industry leaders are already onboard and strongly encouraging those working in the sector to take part.Â  David Abraham, CEO of Channel 4, says: "The UK has some of the most talented creative professionals in the world. We need to ensure that we ask them what they need to further develop their skills and give them the best support we can at every stage of their career."