With the second year of the Salford Media Festival looming, we had the opportunity to sit down with Seamus Simpson, content director of the Nations & Regions Media Conference to discuss some of the features for the upcoming event, which is taking place on 17th until the 21st of November.

"Nations and Regions are an increasingly hot topic in production, commissioning and broadcasting. Can you tell us more on the subjects under discussion at this year's forum?

Within the two days, we have a fantastic program covering a broad range of issues in media. We wanted to put on a session surrounding BBC director general Tony Hall's proposal on the liberalisation of the commissioning process. We're very fortunate to have Jo Clinton-Davis (ITV), Alison Kirkham (BBC), Laura Mansfield (Outline Productions) and Ian Mackenzie (Channel 4) delving in to some of the issues surrounding that.

We also have a session on the future of the license fee, with a debate surrounding whether to keep it, and a segment on the business of comedy with: John Lloyd, John Morton and Paul Schlesinger on what it takes to make something commercially successful amongst other things.

Our keynote on Tuesday 18 November is by shadow deputy primeminster, Harriet Harman; Wednesday 19 November we have director of television at ITV, Peter Fincham, and Steve Morrison at All3Media and we also have sections on the digital environment, new media, radio, international media and the very topical matter of how to secure diversification in the media sector, with the under representation of ethnic minorities. It's a great mix of panels and subject matter.
Â 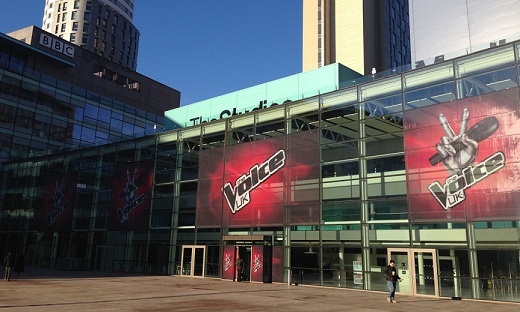 We interviewed Laura Mansfield one of the speakers at the production and post forum at BAFTA and also a speaker at Salford on the change of the role of the commissioner. What's your perspective on that change over the years?

From a non-expert perspective, I'd say accomplishing the role to a high standard is going to be difficult as always, of course and it depends on what sector they represent. A lot of it will come down to what happens with the liberalisation process.

Your event has gone from strength to strength. How do you envisage the future of the festival?

The festival this year is set to span a multitude of events, speakers and debates that span the entire world of media. Yet again we expect to leave wit