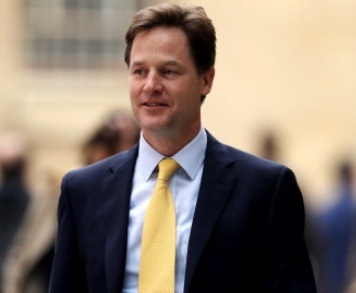 Filming gets underway next week on Coalition (w/t), a shiny new feature-length political drama for Channel 4.

The production focuses on the story of Nick Clegg's politically-charged path to power sharing in the run-up to the 2010 general election which saw the formation of a coalition government, the first to have been in power since the Churchill war ministry, which ran for almost the duration of the Second World War.

The timely drama - the next general election takes place on 7 May 2015 - is from Cuba Pictures and writer James Graham, who said of the project: "What we try to capture in this drama is the tension, the high stakes, and the frequent farcical and absurd nature of what happens when a power is wrangled, negotiated and fought over like children trading cards in the playground."

It's been a busy year for Cuba Pictures: earlier this year shooting wrapped on the major new BBC One adaptation of Jonathan Strange & Mr Norrell starring Bertie Carvell and Eddie Marsan, and the shingle also finished production on London Road, the feature film version of Rufus Norris' stage musical about the murders of five prostitutes in Ipswich in 2006. Currently underway is another feature film, The Ones Below, a psychological thriller starring David Morrissey, Clemence Poesy, Stephen Campbell Moore and Laura Birn.

More on all the productions mentioned above can be found on Production Intelligence, our online database of advance and archive productions. To order, click here.