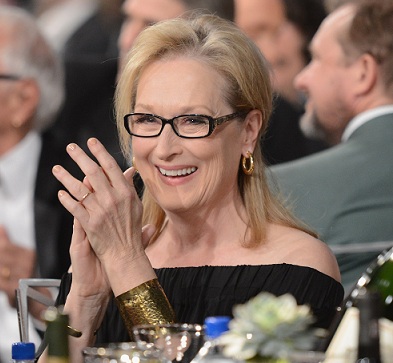 After being reviewed as one of the better singers in the film version of Mamma Mia! Meryl Streep is set to exercise her vocal cords once more - albeit badly - in a new feature directed by Stephen Frears and co-starring Hugh Grant.

Florence tells the story of American socialite and aspiring soprano Florence Foster Jenkins who was widely acknowledged to have little discernible talent for singing.

Despite her audible lack of ability, Foster Jenkins persisted in her self-funded 'career', often writing off the audience's laughter as "professional jealousy".Â  She was supported and protected throughout her efforts from the truth by her manager and partner, English actor St. Clair Bayfield (Grant) until her final performance - given due to popular demand - at Carnegie Hall in 1944 at the age of 76.

It is not yet known where shooting will take place, but there is a distinctly British feel to this one - apart from Frears being at the helm, the feature is produced by Michael Kuhn (Suite Francaise, The Duchess) and Tracey Seaward (currently co-producing Genius with Michael Fassbender).

The hefty PathÃ© (The Iron Lady etc) is backing the project.

More on the film on Production Intelligence over the coming weeks.Â