Under the Skin director returns to commercials 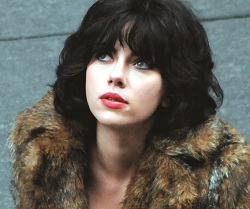 Director Jonathan Glazer heads back to the UK to film his second ad for Canon Europe's Come and See Campaign.

The ad - fromÂ JWT LondonÂ -Â shows a herd of deer roaming through a sleepy housing estate on the outskirts of Epping Forest while residents slumber unawares. Filmed using theÂ Canon EOS C500 and EOS C300 by renowned BritishÂ cinematographerÂ Barry Ackroyd, the ad takes a more sedate turn after the visceral drama of the firstÂ Florence-based spot. Released on the 15th September, thisÂ featuredÂ the sport of Calcio Storico, an ancient gladiatorial form of football in which competitors in medieval dress wrestle over a ball and, ultimately, the winning prize of a cow. While the latter tested the cameras' action capabilities, theÂ UK-basedÂ night shoot will show off their potential for filming in low-light situations.

Both ads have a pan-EMEA (Europe, Middle East and Africa) release and add to Glazer's impressive list of commercials credits, including Nike, VW, Levi's, Stella and the famous Guinness surfer ad, alongside his work in film - most recently the acclaimed feature, Under the Skin, starring Scarlett Johansson.

Championing the art of photographic storytelling, Canon's three-year campaign will highlight real world events and experiences from different cultures all around the globe. "Storytelling through photography is reaching new heights of popularity," said Nigel Taylor, consumer imaging marketing communications director for Canon Europe. "With almost one trillion images forecast to be taken this year alone, it's never been a more exciting time to be an imaging company."