What will Tomorrow bring for Martin Scorsese? 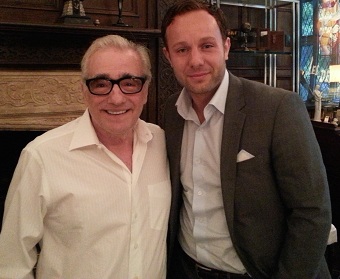 Veteran US producer, director, screenwriter and actor Martin Scorsese is lending his Hollywood heft to a new feature film which has just started shooting in London.

The multi-hyphenate is executive producer on Tomorrow, which marks the feature directorial debut of his long term script supervisor Martha Pinson. The pair have worked together on numerous titles, including The Aviator, The Departed, Shutter Island and Hugo.

The film explores the difficulty faced by serving military as they try to reintegrate into society and day-to-day life, dealing with issues such as post-traumatic stress disorder, HIV and AIDS.

It will shoot on various London locations, including Borough and Shoreditch and also at Tedworth House in Wiltshire (a home for recovering soldiers) before moving on to Spain.

Scorsese said: "I'm honoured to join Martha in her directorial debut. Through her vision, the great cast, and dedicated team, this story will resonate for years to come."

Pinson added: "Tomorrow is a great script. The dialogue is brilliant and believable; the reversals and surprises are well placed and powerful. The characters and situations are vividly drawn. It explores the difficulty of moving on from loses and injuries, to forge a life, to find sustaining work, and experience love. This is an acute challenge for a person in their mid-late 20s, which has not been extensively explored. For an injured veteran or someone who is HIV positive it is colossal."