Whatever would Jane Austen think? 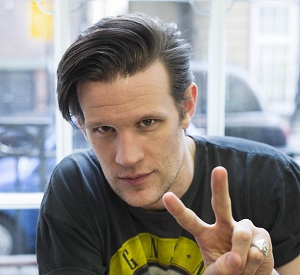 In what could be the ultimate in mash-up genres, the undead are heading to Regency England in Pride and Prejudice and Zombies, due to start filming next week.

A stellar cast has boarded the project, with Matt Smith (pictured) recently named as the latest actor to join talent including Lily James, Sam Riley, Douglas Booth, Jack Huston and Bella Heathcote on the film.

The conceit is that Elizabeth Bennet, rather than concentrate her efforts on making a good marriage, prefers instead to spend her time fighting off a zombie invasion which is roaming across rural Regency England.Â Â

The film has been gestating for years, and has been the baby of actor-turned-producer Natalie Portman since 2009 when she snapped up the film rights to Seth Grahame-Smith's book for her banner Handsomecharlie Films.

Burr Steers directs from a screenplay he worked on with David O. Russell.

On Production Intelligence you will also find details of studio, casting director and UPM. To order, click here.