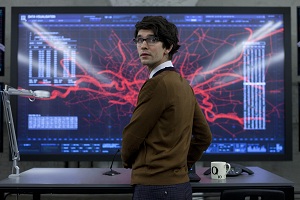 Filming starts next month on the 5 x 60 contemporary thriller, which centres on a young romantic drawn into the world of espionage. It is the first TV drama from Child 44 writer Tom Rob Smith, who said of the series: "It's very exciting to have one of the best production companies in the country, Working Title, produce my first contemporary spy thriller series for BBC Two, unarguably the most prestigious home for drama in the UK."

Since the series was first announced, there has been a change of producer, whose name can be found on Production Intelligence along with details of the director, casting director and line producer.

Whishaw will have to get a wiggle on, as he is due to reprise his role of supergeek Q in Bond 24, due to begin principal photography in early December.

For more information on London Spy and Bond 24, take a look at Production Intelligence, our online database of advance and archive productions. To order, click here.