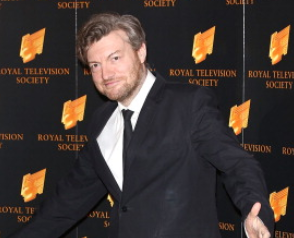 The pair have worked extensively together in the past - with Jones as executive producer - not just on the multi award-winning Black Mirror, but also on numerous episodes of Charlie Brooker's 'Wipe' programmes, Dead Set and many more.

The new production company will develop and produce feature film, drama and comedy series for both the domestic and international market. Brooker takes the role of creative director while Jones is managing director.

Brooker said of the new set-up: "The one thing the world doesn't need is yet more entertainment, but unfortunately for the world that's what we're hell-bent on producing. We'll produce fun in all its guises, whether that be the laugh-a-minute gaiety of Black Mirror, the show-stopping musical stylings of Weekly Wipe, or some hitherto-untested form of amusement that just about fits on a screen."

Jones added: "It's an exciting time for original drama and comedy drama at the moment. We're hoping to build on the international success of Black Mirror and make some bold and distinctive drama that traumatises viewers here and across the Atlantic. As well as shows that Charlie has devised, we will be developing projects with both established and new writers so we don't end up killing each other."

Keep your eyes peeled on Production Intelligence for new commissions from the new venture.