Johnny Depp heading to the UK for summer shoot 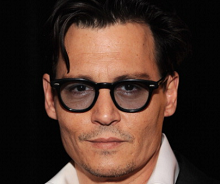 Anglophile actor Johnny Depp is heading back to Blighty to film Through the Looking Glass, slated to start late summer.

The Disney feature is a follow-up to the 2010 hit Alice in Wonderland, and will see Depp reprise his role of the Mad Hatter alongside Helena Bonham Carter as the Red Queen and Mia Wasikowska as Alice.

The regulars are joined this time around by Rhys Ifans, who will by then have just finished filming Under Milk Wood, and Sacha Baron Cohen, who is currently here shooting Grimsby. Â

James Bobin (Muppets Most Wanted) directs from a screenplay by Linda Woolverton.

Further details including key hires and studio can be found on Production Intelligence, our online database of advance and archive productions. To order, click here.