Helena Bonham Carter in The Guns of August 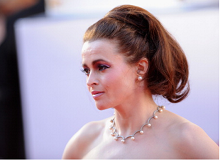 Rainmark Films has announced The Guns of August, a feature film set during the summer of 1914 starring Helena Bonham Carter.

The film is based on the Pulitzer-winning book by Barbara W Tuchman and depicts the detailed build-up to the outbreak of the First World War, while examining the intricacies of a family dispute which had such wide-reaching consequences.

Filming is expected to be underway early next year on the period feature. Bonham Carter first has to shoot Through the Looking Glass, with Johnny Depp and Mia Wasikowska.