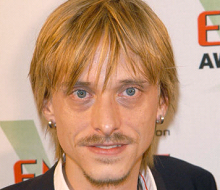 A new six-part comedy for BBC Four is due to start filming at the end of this month, written by, starring and directed by Mackenzie Crook.

In Detectorists, Crook plays a wannabe archaeologist who is an avid member of Danbury Metal Detecting Club - Crook is reportedly an enthusiast in real life. The production is from Channel X and Lola Entertaiment with shooting taking place in Suffolk and Essex.

Adam Tandy (Inside No 9) produces the show, which is part of a raft of new comedies for BBC Four, including the recently-filmed In and Out of the Kitchen, based on the Radio 4 comedy starring Miles Jupp as cookery writer Damien Trench. Also in the line-up is Simon Day's spoof documentary The Life of Rock with Brian Pern.

Further information on Detectorists, In and Out of the Kitchen and The Life of Rock with Brian Pern can be found on Production Intelligence, our online database of advance and archive productions.