As the BAFTA Television Craft Award winners remain on a high, still in disbelief that they are in possession of that oh-so-famous trophy mask, we thought it would be a good opportunity to give a belated mention to those who triumphed on the nightâ€¦

Cardiff-based Real SFX took home the trophy for their work on Doctor Who: The Day of the Doctor in the category of Special, Visual and Graphics Effects. Picking up the award alongside Milk VFX and Model Unit, the team created physical special effects for the 50th anniversary special episode, which was also shot in 3D.

Marking another anniversary was Channel 4's D-Day: As it Happens, an ambitious project that rightly won in the Digital Creativity category. Produced by Windfall Films, the programme re-enacted D-Day in real time, following seven people who were there on the 6 June 1944 operation. 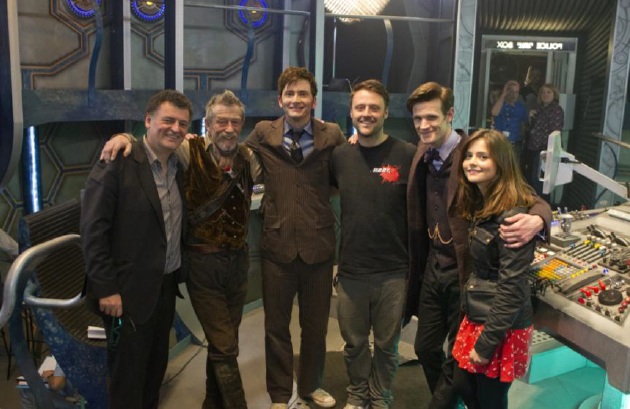 In entertainment, Phil Heyes scooped the award in the Director, Multi-camera category for his work on The X Factor, while Strictly Come Dancing was given the Special Award in celebration of its creative and technical achievements.

Despite losing out in the VFX category, Peaky Blinders took home two awards: in the Director category for Otto Bathurst, and Photography and Lighting, with George Steel taking home the coveted trophy.

Gearing up for its third series, Ripper Street's Mark Geraghty collected the award for Production Design, meanwhile in the writing category, Graham Linehan won for The IT Crowd, and Dominic Mitchell picked up the gong for BBC Three's In the Flesh.

Here's the full list of winners, so make sure you congratulate them if they're in your circles!