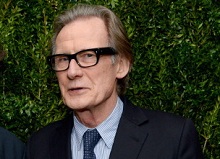 The long-running sitcom Dad's Army is to be remade for the big screen, with The Iron Lady producer Damian Jones heading up the project.

The BBC comedy was created by screenwriting icons Jimmy Perry and David Croft starred Arthur Lowe as Captain Mainwaring, who was in charge of the well-intentioned but somewhat shambolic Home Guard during the Second World War; the series ran for nine years from 1968.

Jones has been developing the project for some time, but also now confirmed is Oliver Parker (St Trinian's) as being on board to direct from a screenplay by Hamish McColl; the director and writer have previously worked together on Johnny English Reborn.

The report also said that the role of Captain Mainwaring will be taken by Toby Jones, who this week starts filming the feature-length Marvellous for BBC Two, and Bill Nighy as the marvellously effete Sergeant Wilson, originally played by John Le Mesurier.