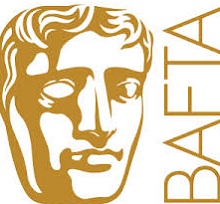 BAFTA and Rocliffe's New Comedy Showcase is returning and the hunt is on for emerging comedy screenwriters.

Before you put your diaries away, 29 April is also an event worth noting, as BAFTA Rocliffe hold their all-in-one TV Drama Masterclass and New Writing Showcase.

Now in its fourteenth year, the BAFTA Rocliffe New Writing Forum will take place at the Princess Anne Theatre, BAFTA, central London at 7pm. The new writing platform and networking event is chairedÂ  by BAFTA-winning television writer Paula Milne (The Politician's Wife, Small Island, The Virgin Queen) who will be critiquing three winning scripts performed by professional actors in front of a live audience.Â

Three short (ten minute) script extracts will be selected by an experienced panel from submissions from emerging writers nationwide, with the emphasis on writing for TV drama.