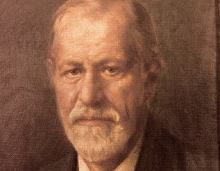 Carnival Film and TV, the shingle behind the behemoth Downton Abbey, has announced a new international co-production from X-Files supremo Frank Spotnitz.

Freud: The Secret Casebook will centre on the founding father of psychoanalysis in early 20th century Vienna as he uses his new theories to solve murder mysteries and become a pioneer of criminal profiling.

The series has been created by Spotnitz, whose recently-established UK indie Big Light Pictures is co-producing, and Nicholas Meyer (Star Trek IV and VI, Houdini). At the time of writing a broadcaster had yet to be confirmed.

Further details on Freud: The Secret Casebook can be found on Production Intelligence, our online database of advance and archive productions.