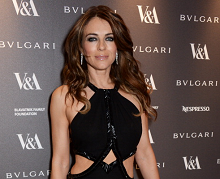 Elizabeth Hurley is to head the cast of a new drama to shoot in London this summer.

The Royals is the first original scripted series from E! Entertainment Television and comes from writer/director Mark Schwahn. The nine episode series is due to shoot in London this summer, one of many overseas productions drawn by the attractive UK tax incentives.

Showrunner Schwahn also executive produces, along with Brian Robbins and Joe Davola; the trio previously worked together on TV series One Tree Hill.

More information on The Royals, including shoot dates, studio and key UK hires, can be found on Production Intelligence, our online database of advance and archive productions.