With the recent news that a feature film version of Dylan Thomas' famous 'play for voices' Under Milk Wood, is due to be filmed this summer, we decided to take a closer look at the project, with the help of the writer/producer/director himself, Kevin Allen, and the S4C commissioner Gwawr Martha Lloyd.

The play is set in the fictional fishing village of Llaggerub - try spelling it backwards - and centres on the dreams and thoughts of the inhabitants as they go about their daily lives, conveyed by the all-seeing narrator.

What was initially a radio play later became a stage play, and then a star-studded film in 1972 with Richard Burton, Elizabeth Taylor, Peter O' Toole and Sian Phillips.

This latest feature film is very much the baby of producer /director Kevin Allen, who is developing it through his Tinopolis-linked production company fFatti fFilms.

The Twin Town director is planning to shoot the film in both English and Welsh versions, back-to-back, in West Wales this summer with Rhys Ifans playing First Voice/Captain Cat. 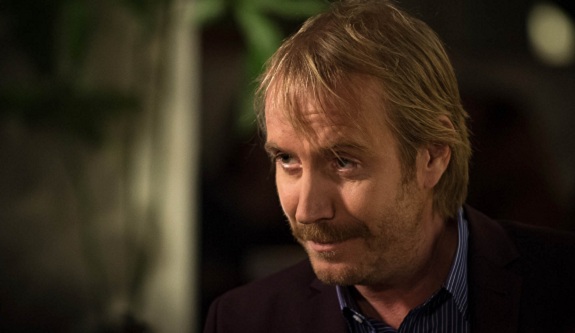 Allen is also writing the screenplay, along with Ifans, Michael Breen and acclaimed poet Murray Lachlan Young - surely a great choice to adapt what was meant for radio.

Talking to The Knowledge, Allen told us about his love of the play, the original text and the locations he is planning to use. Â

"I've always loved reading the play - it's a very special piece of literature - but I have generally been disappointed with so many theatrical renditions.

"I feel they've always missed the sexually charged gravitas within the text and, of course, the religious politics; it is so often reduced to a piece of panto-style entertainment. We will not be going thereâ€¦" Â

Asking how much Allen plans to stick to Thomas' original - both in the writing and the portrayal of Llaggerub, he said: "We are not messing with the text at all, just editing it down to a sustainable length for cinema.

"As far as cinematic interpretation, it will be unrecognisable from the 1972 original: we are taking a more metaphysical approach to creating an original dreamscape and will be staying away from a literal interpretation."

The director then confirmed that shooting is taking place in the seaside village of Solva and also at a sound stage in South Wales.

"As we're using the same cast for both Welsh and English versions, the majority of the actors will have to be bilingual, like Rhys. I have met him a couple of times, and when he read some of the lines, he blew me away. It's inspired casting. It's not a straightforward question of bilingual casting in a way though, as quite a lot of the film will be voiceovers accompanying images.

Lloyd was equally enthusiastic about Allen's choice of Murray Lachlan Young, saying: "Murray is so ambitious and creative; it's a great idea to get him on board. The whole team just hit it off brilliantly."

As a relatively young commissioner, Lloyd was keen to stress that the team behind the film will introduce the classic Welsh play to a whole new generation, adding, "I think the new film will delve deep into the subtext of every line."