Professor Stephen Hawking has voiced a new campaign for Save the Children. Created by adam&eveDDB and directed by Pulse Films' Matt Houghton, the 60-second ad, called I'm Giving My Voice, makes its TV debut today (14 March) and marks the third anniversary since the start of the Syrian crisis.
Â 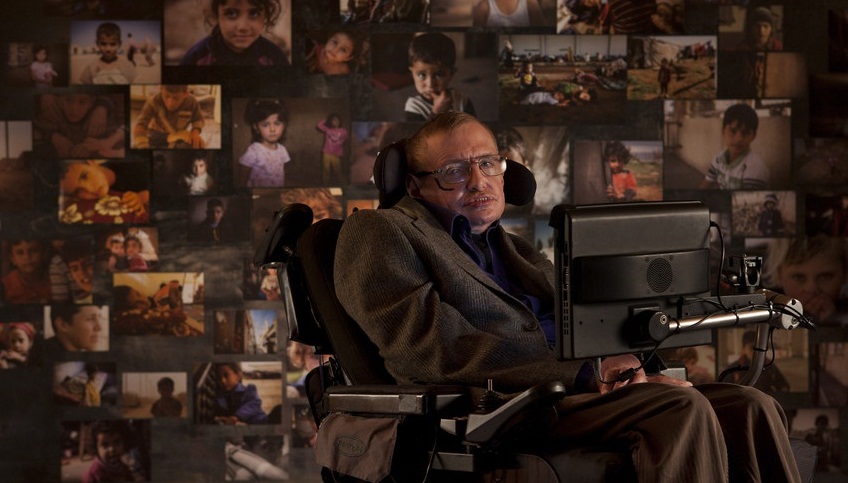 Set to sombre piano chords, it features several still images of Syrian children while Hawking narrates their experiences of war.Â  As the ad progresses, Hawking is revealed in front of the pictures, prompting viewers to donate: "The children of Syria have no voice, that's why I'm given them mine - what will you give?"

Mat Goff, Managing Director at adam&eveDDB, said: "The children of Syria need to be heard and three years into the conflict we need a new way of telling their stories. Stephen Hawking's voice gives us a powerful way of retelling their upsetting accounts of living through a devastating conflict."

The ad follows swiftly on from Save the Children's Most Shocking Second a Day Video, another Syrian crisis campaign which has so far amassed over 25 million hits on YouTube since it made its debut on Wednesday (5 March).

From creative agency Don't Panic, the powerful film used one-second-a-day and photo time-lapse formats to show a young English girl's life, starting off as a happy child in suburbia, until her world is turned upside down as a result of the chaos of a war-torn London.