During Prime Minister's Questions on Wednesday (5 March) David Cameron praised the TV and film industry and vowed to back the film tax credits that have "worked so well."
Â 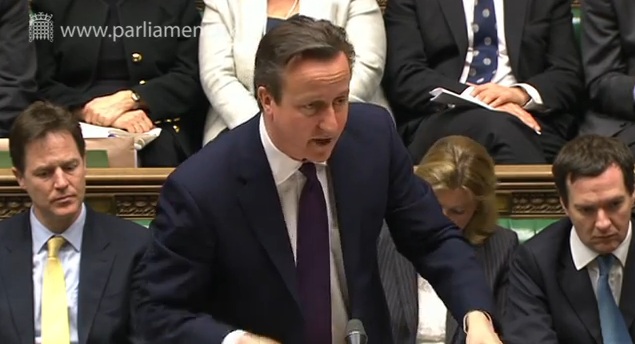 On the back of Gravity's Oscar glory at the weekend, Cameron said, "It's very good news to see that not only are we winning Oscars for British films, but actually our studios are full to busting point making films. The post-production industry is now leading the world - we need to go on backing this industry. The Chancellor has been making steps to help back high-end television and the very important film credits that work so well."

The surfeit of Hollywood blockbusters that have been gracing our studios of late (and no doubt making the most of our film tax credits) include Ron Howard's The Heart of the Sea, The Man from U.N.C.L.E (both shot at Warner Bros. Studios Leavesden),Â Muppets Most Wanted and Disney's Cinderella at Pinewood. Then of course there are the upcoming big guns, with the likes of Star Wars: Episode VII, Mission: Impossible 5, Tarzan, and another big-screen outing for Peter Pan, all scheduled to use our studios.

It's certainly been a good week for industry praise - earlier in the week, Hollywood director Doug Liman spoke highly of the UK film crews he worked with during his time in the UK making sci-fi blockbuster Edge of Tomorrow starring Tom Cruise.
Â

Unclear about the the UK high-end TV tax relief? Then our guide explains all.
Â

Further information on the films mentioned above can be found on Production Intelligence, our online database of advance and archive productions.