Arterton and Roth star in The Keys to the Street 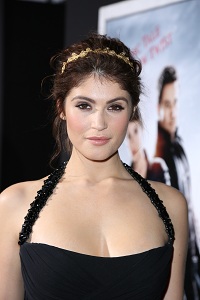 Gemma Arterton and Tim Roth are among the starry cast assembling on The Keys to the Street, which has a screenplay by acclaimed director Christopher Nolan.

Max Irons and Sebastian Koch are also on board the feature, which is a big screen adaptation of the psychological thriller by Ruth Rendell.

Currently slated for a summer shoot in London, the story centres on a woman who, having escaped from her violent boyfriend, becomes embroiled in an affair with a man who is not what he seems.

The producer is Steve Norris, who is working alongside LA-based Gail Mutrux of Pretty Pictures; Czechoslovakian director Julius Sevcik will direct.

Nolan has written the screenplay along with Michael Stokes; the Memento director has been nurturing the project - originally under the auspices of studio giant Fox - for some time but reportedly had to attend to the small matter of directing Batman Begins in 2005 instead.

Further information on The Keys to the Street can be found on Production Intelligence, our online database of advance and archive productions.