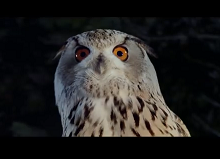 The ad reflects the brand's current emphasis on sustainability, with a Swedish-sounding voiceover declaring with a mellifluous timbre that "by 2016 we will only sell energy efficient LED lightbulbs".

Set to a gently haunting soundtrack - Wet and Rusting by US duo Menomena - the commercial features a beautiful natural forest subtly lit up by a range of IKEA lights. Trees, branches, mosses and a lake are all illuminated, as an owl and a squirrel look on.

It was filmed just south of Lisbon, Portugal and directed by Martin Krejci via Stink.

You can watch the ad below.
Â

Forest is part of IKEA's The Wonderful Everyday, their broader campaign promoting sustainability.

Post-production - Tom Johnson (at The Mill)

Tell us what you think of the new campaign by leaving a message below or on our Facebook page.