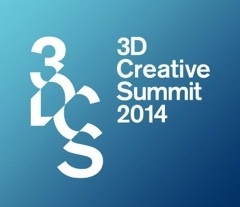 he line-up for this year's 3D Creative Summit looks as impressive as ever, with the talent behind Man of Steel and the Oscar-nominated Gravity already confirmed.

Featuring speakers from the world of 3D film and TV, the event takes place fromÂ 12 to 13Â March at the BFI in London.

3D film of the year Gravity will also be under the spotlight, with stereo supervisor Chris Parks of Vision3 presenting a showcase of the eye-popping movie. In addition, Josh Hollander will front a showcase of Pixar's 3D work.

Further details about the 3D Creative Summit 2014 can be found here.