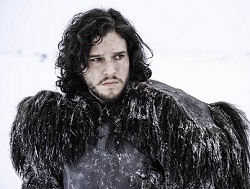 Reports are emerging today that Game of Thrones star Kit Harington is the latest talent attached to Testament of Youth, starring Alicia Vikander.

Adapted from the works of Vera Brittain, Testament of Youth is the first instalment of her memoirs, covering the period 1900 to 1925, and describes the impact of the First World War on the lives of women and the civilians of the UK.

Filming is due to begin in Yorkshire in March on the feature adaptation, which comes from Heyday Films and BBC Films. Heyday's David Heyman produces along with Rosie Alison; James Kent directs from a screenplay by Juliette Towhidi.

Further information on Testament of Youth - including crucial hires and shoot dates - can be found on Production Intelligence, our online database of advance and archive productions.