The challenges of being a sound recordist 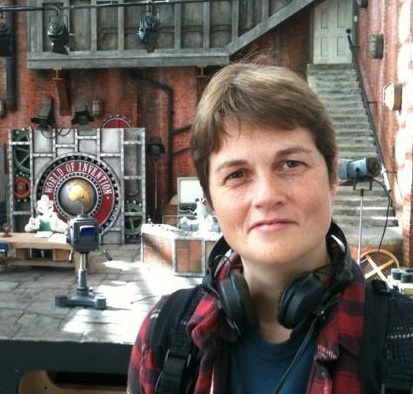 Bristol-based sound recordist Mary Milton has worked on a variety projects, from hard-hitting documentaries to light entertainment shows and commercials.

Speaking to The Knowledge she tells us how she got to where she is today and shares some advice for those thinking of picking up the boom for a living.
Â

How did you become a sound recordist?

I've always been interested in sound, but also in television in general. I did a Media Production BA (Hons) at Bournemouth University, which involved a lot of filming and editing, but one day I 'did the sound' so that someone else could have a go behind the camera. No one else had seemed that interested in it but I really enjoyed the role. People liked the results I got and I just did it more and more. Through contacts at university I started freelancing and have been doing it ever since. I started with community TV and corporates, getting into broadcast slightly later.

When it comes to the actual sound recording role, it's mainly about noise - minimising background sounds - those annoying sounds that only sound recordists can hear (or the producer in the edit) like the rustle of people's clothing. You can run into other difficulties too as in any business, like deciding what kit is worth investing in and getting work in the first place.

What's the most enjoyable job you've ever worked on?

Lots of my jobs are enjoyable. I enjoy meeting interesting people who are doing interesting things; it can be something really simple - and that happens all the time, so it's hard to pick one. The most memorable was a shoot in Cameroon for Sisters in Law [a feature-length documentary by Kim Longinotto] but it was memorable for all the wrong reasons - it was shot on film and we lost a month's worth of footage due to it being X-rayed at the airport. We had to start the whole thing again.

My first ever foreign shoot was filming natural history filmmakers in Kenya and Zambia - which was certainly both memorable and enjoyable.

I don't think I've ever worked on anything where the production had plenty of money. Increasingly though, sound is being recorded by people who are not trained sound recordists and we are being squeezed. We also find ourselves working a lot more with self-shooting directors as the camera role is squeezed also.

There have been big changes in kit recently too. I used the same mixer for 20 years, but now I've had three in the last five years. It's now expected that you will have a lot more gear available - but there is pressure to provide it for very little money, which is not sustainable.

What key skills do you need to become a sound recordist?

What advice would you give to someone wanting to become a recordist?

Get as much experience of different types of recording as you can. Perhaps try to get work experience or a junior post at a production company and shadow the sound recordist. There are some good university courses (Bournemouth for example) and the NFTS short courses will also point you in the right direction. If you are already working somewhere in the industry Creative Skillset