Channel 4 looks like it's going to be jam packed with laughs in 2014Â thanks toÂ a raft of comedy programmes making a comeback, including Friday Night Dinner, The Mimic and Ricky Gervais' Derek. Here are three of the returning comedies we're looking forward to the most.
Â 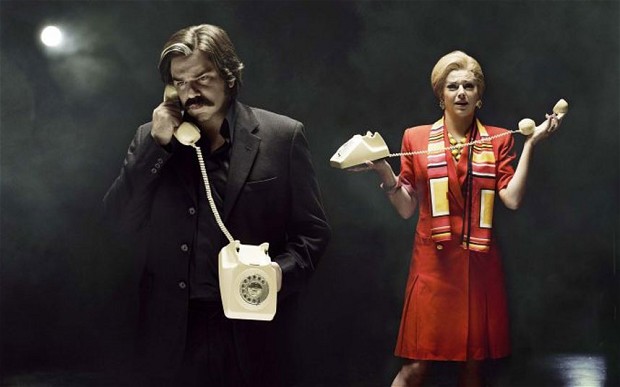 The most you hear of Matt Berry nowadays is when he lends his vocal skills to Absolute Radio, but thankfully, his comedy talents were put to good use this year with Toast of London, a sitcom about an eccentric actor, Steve Toast (Berry). It follows the life and career of Toast, a lush just waiting for his next big break. The show's crammed with puns, off-the wall humour (thanks in part to its co-writer, Father Ted's Arthur Mathews) and filled with plenty visual gags. We can't wait for its return.

There aren't enough sketch shows on television anymore, mainly due to the fact that they're so hard to pull off. Thankfully, Cardinal Burns nailed it. Starring the charismatic comedy duo Seb Cardinal and Dustin Demri-Burns, regular sketches included a middle-aged portrayal of street artist Banksy, an outrageous office flirt and auditions that would be any actor's worst nightmare. We hope we're introduced to new characters as well as some familiar faces when it returns.

Greg Davies has had a busy couple of years. The teacher-turned-comedian had a run of successful stand-up gigs (and subsequent DVDs), a stand-out performance in BBC Three's Cuckoo alongside Saturday Night Live alumni Andy Samberg, and then followed it up with the sitcom, Man Down. Co-written by Davies, it proved that a sitcom can still make you laugh, despite relying on a format that might otherwise feel tired.
Â

Other comedies set to return are: The Midnight Beast, Derek, Friday Night Dinner, Noel Fielding's Luxury Comedy and The Mimic; details of which can be found on Production Intelligence, our online subscription database of advance and archive productions.