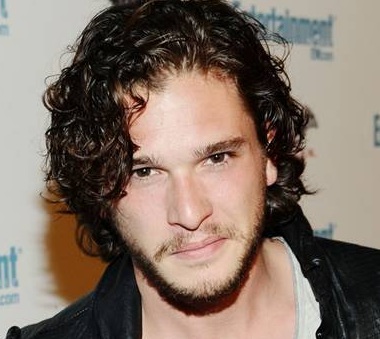 Before you start reading this, make sure there isn't a secret agent lurking round the corner watching your every move. All clear? Right then. We can therefore reveal that a big screen version of BBC spy drama Spooks is definitely going ahead, with the latest reports suggesting Game of Thrones star Kit Harington is now set to join the cast.

Along with actress Jennifer Ehle (Zero Dark Thirty), Harington has reportedly boardedÂ on Spooks: The Greater Good, which is scheduled to start shooting in early 2014. Already confirmed is Peter Firth, who will step back into the shoes of MI5 boss Harry Pearce.

Bharat Nalluri is at the helm -Â someone who is no stranger to the Spooks world having previously directed several episodes of the drama. Spooks stalwarts Jonathan Brackley and Sam Vincent are on writing duties, with Jane Featherstone and Stephen Garrett producing. Kudos and Shine Pictures are behind the project - Ollie Madden produces for Shine Pictures.

Speaking to The Hollywood Reporter, Garrett said, "With Spooks: The Greater Good we've set out to make a gripping, cinematic, contemporary spy thriller - one that builds on the history of the show and its legacy of questioning the world around us, but which also delivers as a stand-alone film for a new, global audience".

The plot centres on agent Will Crombie (Harington) who is tasked with investigating the escape of a terrorist from custody of MI5 chief Harry Pearce (Firth). With Pearce going AWOL, Crombie has to uncover what happened, resulting in a mission that takes him to Vietnam and the shores of the Mediterranean. We can't reveal any more of the plot for you I'm afraid, as our lives will be in dangerâ€¦

Are you a fan of Spooks? What are your expectations of the big-screen version? We'd love to read your thoughts. Comment below or via our Facebook page.

Further information on Spooks: The Greater Good can be found on Production Intelligence, our online database of advance and archive productions.