John Lewis vs. M&S: The battle of Christmas ads 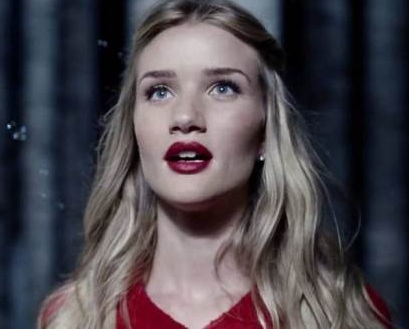 f talk of Christmas is already starting to make your blood boil, then look away now.Â Because the time has come for John Lewis and MarksÂ & Spencer to battle it out in a bid to be crowned Best Xmas Ad of 2013. Last week we reported on the two long-awaited commercials from the retail giants and now, finally, they're here, and they couldn't be any differentâ€¦

First up, or in the red corner if you will, we have M&S' offering, which broke on Wednesday (6 November) during Coronation Street. It stars model Rosie Huntington-Whiteley taking a journey through various fairy tales, from Alice in Wonderland to The Wizard of Oz. With Toto by her side, she's guided through a magicalÂ world by model David Gandy. Making a cameo appearance is Helena Bonhom Carter. Want to see the making of this ad?
Â

John Lewis: The Bear and The Hare (Adam & Eve/DDB)

In the blue corner its John Lewis, whoÂ has gone down the animated route - with no words, just a cover of Keane's Somewhere Only We Know by Lily Allen - didn't she retire from music? I digress. This one will make its terrestrial debut tomorrow night (9 November) during The X Factor. It features a hare who tries to get his bear friend to experience the joy of Christmas for the very first time. But will it work?
Â

What do you think of the adverts? Which is one is your favourite? Tell us below or via our Facebook page.