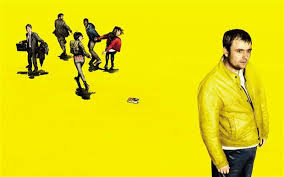 The historic sites in York are proving the perfect backdrop for the second series of modern and surreal conspiracy thriller Utopia which debuted earlier this year on Channel 4.

The series became an instant hit when it aired and was applauded for taking a risk due to its high level of violence and unusual subject matter.

Shooting on the second series is currently underway, with iconic buildings of York, such as the old Terry's chocolate factory, providing the perfect location.

Prior to the site's redevelopment on Bishopthorpe Road,Â owners have made the factory and other locations available to TV and filmmakers. Producers Kudos are the first to take advantage of this, having worked together with Creative England to secure the location.

Speaking to local media, series location manager Richard Knight said: "York is a fantastic film-friendly city and the availability of the former Terry's factory buildings is a huge bonus for us.

"Creatively the location is spectacular and adds to the already high calibre of locations that we have identified in and around the city for filming."

Out of a four month shoot, the series is expected to film at least two weeks in York.

Utopia follows an unconnected set of people who find themselves in possession of the manuscript for a legendary graphic novel and as a result are pursued by a shadowy and murderous organisation. The second series will be aired on Channel 4 in August next year.

York was also announced on Tuesday (5 Nov) as the location for the upcoming Â£20m feature film about Guy Fawkes which is said to star Orlando Bloom (Lord of The Rings, Pirates of the Caribbean) in the title role. Â

More information on Utopia can be found on Production Intelligence, our online database of advance and archive productions.