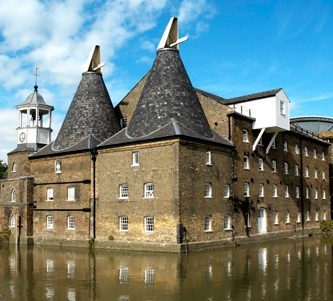 Avison has a lot of experience working across the film and TV industry, having worked on the production side as a location scout and unit manager (Britz, Primeval, RocknRolla), in exhibition for Everyman Cinemas & Picturehouse Cinemas as well as for Film London and the BFI.

He originally joined 3 Mills in 2011 as marketing manager and recently started in his new position.
Â
Speaking to The Knowledge, Derek Watts, studio executive at 3 Mills Studios, said: "The appointment of the new role signifies a renewed client focus on customer service and new business development. The position is an amalgamation of the former bookings manager role, which has been vacant since late 2012, and a committed proactive sales focus.

"By appointing Tom to this new position we can utilise both his expertise across the industry and his dedicated knowledge of 3 Mills Studios to better service our existing clients and generate new business flows."
Â
3 Mills Studios'Â recent projectsÂ include Danny Boyle's TranceÂ and Channel 4's The Midnight Beast, and currently houses the shoot for Mathew Cullen's London Fields starring Billy Bob Thornton.

CreditsÂ on all these productions can be found on Production Intelligence, our online database of advance and archive productions.