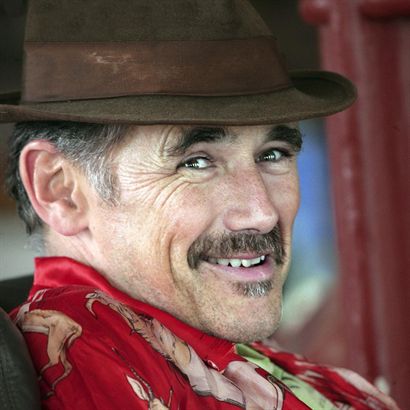 It was announced recently that Mark Rylance will take the central role of Thomas Cromwell in BBC Two and PBS' Masterpiece's Wolf Hall. Adapted from the hefty historical tome by Hilary Mantel, the drama will also incorporate the follow-up book, Bring Up the Bodies; both titles have won the coveted Man Booker Prize. We say it is hard to imagine a better man for the weighty, pivotal role.

Actor, director and playwright Rylance has been perhaps better known to date for his extensive theatre career, winning critical raves for his towering and much-garlanded performances in plays such as Jerusalem and the all-male repertory productions of Richard III and Twelfth Night with Stephen Fry and Samuel Barnett, which is playing at the Belasco Theater, NYC from November to February 2014.

When he has finished in that run, Rylance will be re-packing his bags to prepare for Wolf Hall, currently slated to shoot in Belgium in late April. The drama has been adapted by Peter Straughan and will be directed by the BAFTA-winning Peter Kosminksy.

And the actor has also been working on the feature film Days and Nights, a modern day re-telling of Chekhov's The Seagull. Set in New England, the feature is very much a Rylance family affair: his wife Claire van Kampen is the composer; his stepdaughter, Juliet Rylance, produces and plays Eva, and Juliet's husband, Christian Camargo is writer/director and co-star. The film shot last year.

He was also in Spain earlier this summer filming The Gunman - with an extremely starry cast including Javier Bardem, Sean Penn, Idris Elba and Ray Winstone; read more about the film on our sister site, KFTV.

Further information on Wolf Hall, including key production personnel, can be found on Production Intelligence, our online database of advance and archive productions.