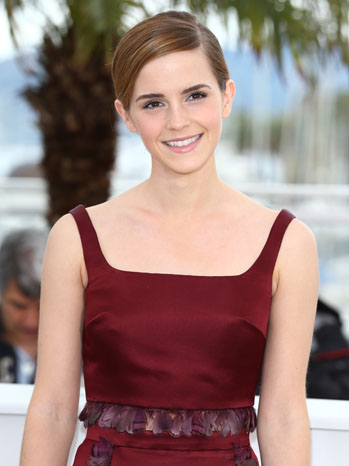 Emma Watson is heading off to New York soon to film Your Voice in My Head, with principal photography due to start in November. The vast majority of filming is in NYC, with the possibility of a small segment in the UK and Turkey.

Watson plays Emma Forrest, upon whose memoir the film is based. Forrest, an English journalist who has been living in the US for some years, first in LA and then New York, has also written the screenplay.

The film examines themes of love, loss and breakdown, as it centres on the tragic death of Forrest's psychiatrist and the subsequent collapse of her relationship.

Your Voice in My Head is from Benaroya Pictures in LA and Ruby Films in London; producers are Scott LaStaiti, Alison Owen and Faye Ward. Francesca Gregorini directs.

Watson has been away a lot recently - she recently completed filming her role of Ila in Darren Aronofksy's biblical epic Noah, which shot in various US locations and Iceland. We can't wait for this one, as we will see Russell Crowe as Noah and Anthony Hopkins as Methuselah. It opens at the end of March. Why is it, by the way, that you wait years for a biblical epic, then two come along at once? At this moment, our very own Sir Ridley Scott is well underway helming Old Testament feature Exodus at Pinewood.

The Harry Potter actress has also been associated with the lead role in the upcoming Guillermo del Toro version of Beauty and the Beast, but when The Knowledge news hounds contacted her agents, they could not confirm this. Watson is due to executive produce and star in Queen of the Tearling, and was recently reported as being on board writer/director Stephen Chbosky While We're Young (the pair worked together on The Perks of Being a Wallflower).

And she also flew the flag for Britain recently as she and Benedict Cumberbatch were voted top in Empire Magazine's poll of 100 Sexiest Movie Stars. All a very, very long way from little Hermione Granger.