It was About Time Curtis won over the nation again 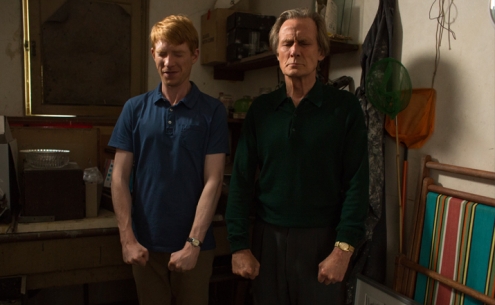 About Time follows the emotional story of Tim (Domhnall Gleeson), whose father (Bill Nighy) reveals to him a long standing secret; that the men in their family can travel back in time. The concept is, at first sight, a ridiculous one, which could easily have flopped, but the result is tactful, dramatic and heartwarming.

The film explores and celebrates the little things in life, those tiny insignificant details of our days that we usually do not give a second thought to. It draws attention to the delicate concept of time, and the sometimes agonising reality that we cannot get a second chance or simply turn back the clock when faced with grief or regret.

Domhnall Gleeson gives a down-to-earth, relatable portrayal of Tim, a foolish yet loveable lawyer who falls for Mary (Rachel McAdams). McAdams gifts the audience with a character of both inner and outer beauty, not unlike her performance as Allie in the film adaptation of Nicholas Sparks' The Notebook in 2004. We as an audience root for the couple to live happily ever after, and pray that Tim uses his gift in the most moral of ways.

The relationship between Tim and his father is one that will no doubt resonate with many male viewers, who perhaps initially thought they were being dragged along to yet another chick flick. When the endurance of this relationship is threatened, Tim must choose between living in his past, and embracing his future.

All in all, the film does not disappoint as the much-awaited 'follow-up' to Love Actually. It has the same quintessentially British tone to it, well thought out characters, and most of all, a message which will force even the most together of individuals to take a closer look at their lives. And really, what more could Curtis have wanted?

Have youÂ seen our interview with About Time's sound recordist Adrian Bell?

Read about Lucy's take on the TV and film job market for graduates by clicking here.