Abi Morgan in the spotlight 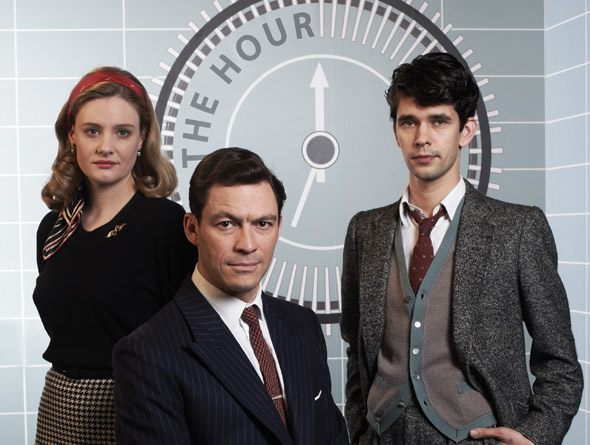 With The Hour writer Abi Morgan being one of just two Brits to take home an Emmy at last night's ceremony (22 September), we thought it a good time to take a look at her past and future projects.

First things first: congratulations to Abi Morgan on winning the Emmy for Writing for a Miniseries, Movie or Dramatic Special for The Hour. The other British winner was John Lunn, who won for Outstanding Music Contribution for Downton Abbey; he also gets The Knowledge nod.

Cardiff-born Morgan's first TV writing credit was the ITV drama Peak Practice in 1998, which she followed two years later with My Fragile Heart (2000) and Murder (2002). Her taste of awards began in 2005, when her single drama Sex Traffic for Channel 4 scooped the Best Drama BAFTA.

Single dramas that followed included: Tsunami: The Aftermath; White Girl and Royal Wedding. Morgan then hit gold with her first drama series, The Hour, starring Ben Whishaw, Dominic West and Romola Garai. It ran for two series before being cancelled by the BBC.

Also acclaimed for her film work, Morgan big screen credits include Brick Lane (2007); The Iron Lady (2011) and Shame (201), both garnering her BAFTA nominations.

Morgan is working on several projects at the moment:

River, currently in development at Kudos Film & TV, is a six part drama for BBC One about brilliant but troubled police officer John River, haunted by the murder victims whose cases he works on. The series is due to shoot in London next year.

Morgan is also the pen behind Home Before Dark, an international thriller for Channel 4 currently in development at Cowboy Films. Set in the UK, US and Italy, the drama follows the hunt for a killer, with particular focus on internet corruption.

She has also written The Fury, a feature film about the suffrage movement currently on Ruby Film & TV's development slate. The film reunites Morgan with director Sarah Gavron; the pair worked together on Brick Lane. And then there's The Little Mermaid, a big screen adaptation of the Hans Christian Anderson children's favourite which Morgan is writing with Kelly Marcel. This production from Working Title Films and Shoebox Films is also at development stage with Joe Wright to direct.

So, busy Abi Morgan, well done for bringing home a gong, and here's to more in the future.

Further information on the proje