With the recent announcement that Sir Ian McKellen is to play Sherlock Holmes, the greatest fictional detective of all time, we thought it would be interesting to compare Sherlocks through the ages on both big and small screen. A kind of battle for the Golden Deerstalkerâ€¦ 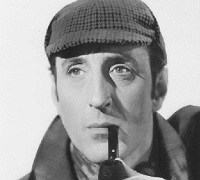 So, working in vaguely chronological order, we wonder how many of you were brought up on the wonderful old black and white Sherlock Holmes mysteries, starring Basil Rathbone as the violin-playing sleuth. His aquiline features and elegant demeanour made him a perfect choice for the erudite man.

Together with a very cuddly Watson in the shape of the avuncular Nigel Bruce, Rathbone racked up fourteen Hollywood features as Holmes between 1939 and 1946. We urge you to treat yourself to a boxed set, draw the curtains and prepare to be charmed.

Another exponent of the razor-sharp cheekbone, Peter Cushing, played Holmes in the 1960s BBC TV series, taking over from Douglas Wilmer. Cushing had already stamped his mark on the interpretation, having played the detective in the famous Hammer film The Hound of the Baskervilles.

Geoffrey Whitehead picked up the casebook for a 24-part TV series in the early 80s, with Donald Pickering as Dr Watson. But it was arguably Jeremy Brett who will be forever Holmes to that generation, as he starred in 41 episodes of the Granada TV production between 1984 and 1994. (Brett famously said that it was the hardest role he had ever played, harder than Hamlet or Macbeth.) His mellifluous tones and basso profondo timbre combined with his determination to imbue the portrayal with passion and eccentricity made him the definitive small screen Sherlock. Definitive, that is, until Benedict Cumberbatch... 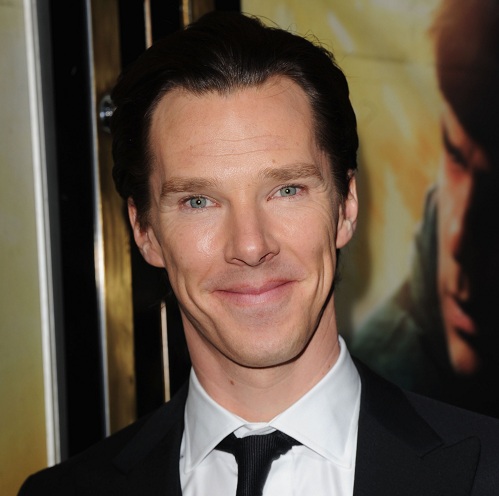 â€¦ We have to be very careful what we say here; as Cumberbatch himself recently said, the Cumberbitches have got his back. So it is with great relief that we can genuinely say that the actor has been a revelation as the literary sleuth.

Steven Moffat and Mark Gatiss' clever updating of the classic - the third series recently completed filming - sees Holmes more ambiguous but troubled than ever, and Cumberbatch manages to portray extraordinary intellect coupled with the impression that he is constantly wrestling with his inner demons. Martin Freeman's Dr Watson - a war veteran - is a beleaguered but sensitive everyman, providing a great foil for Holmes' more erratic side.

Another Knowledge favourite, Robert Downey Jr - RDJ to us - has played Holmes in two Guy Ritchie feature films (so far). His interpretation (or Ritchie's) is a little less cerebral and a little more down and dirty, getting into frequent fisticuffs and twinkling at the ladies. And Jude Law as Watson certainly lent the film more female-friendly pulling power.

A slightly subverted Sherlock appears across the pond in the form of Jonny Lee Miller in CBS' Elementary, which made its US TV debut last year. Lucy Liu - now hold tight to your wing backed club chairs, she's a woman - plays Dr Watson in the New York-set interpretation which sees Holmes portrayed as a recovering addict recently out of rehab.
Â